Current events are often the topic at the water cooler in the office. Many of the events going on in the world now, the presidential election, terrorist attacks overseas, unarmed black men being shot and killed by the police, can make for uncomfortable discussions in the workplace. It’s enough to make you ponder trying your hand at entrepreneurship in order to avoid the crazy political rants from Susan in accounting. Before you take the plunge you should take some time to explore the current state of Black Entrepreneurship to help you decide if the move is right for you.

According to a January 2016 Fact Sheet issued by the Minority Business Development Agency, there are approximately 2.6 million businesses owned by African Americans, a growth of 34% over a 5-year period, with combined annual receipts of $150 billion. Of the over 2 million businesses helmed by African American’s only 109,000 have employees and those business with employees make up the bulk of the gross receipts, at $103 billion per year. The average business is raking in approximately $58,000.00 per year.

While we are plunging into entrepreneurship at greater rates, many businesses still operate as “solopreneuers.”

In terms of industry, based on a Small Business Administration report, most businesses owned by African Americans are engaged in health care & social assistance, which is the case for minority businesses across ethnicities. Most black-owned businesses, as is the case for most businesses in DC, are engaged in professional, science, or technical services. In terms of actual revenues, those in food manufacturing are doing the best, with the highest average annual receipts for black owned businesses. Many African Americans find success in franchising and many franchisors are ramping up efforts to boost black representation. For instance, in 2014 Dunkin’ Brands began a partnership with the NAACP to increase African American participation.

While African American’s have found success in more traditional industries, such as professional services, construction, and franchising, only 1% of black lead tech start-ups have received venture capital funding. Further, a study by #ProjectDiane found that just .2% of venture capital funding went to black women led tech companies from 2012-2014. Scalability is the name of the game for tech startups, but many never reach their potential due to lack of funding.

So based on the data and outlook – yes – this a good time for Black Entrepreneurship!

Many states, understanding the importance of small business to the local economy, have a host of grants, programs and counseling for entrepreneurs.

Today, more African Americans understand the importance of making our voice heard by how we spend our dollars. Given the state of Black entrepreneurship – it’s a good time to contribute to that voice, and launch your black-owned business! 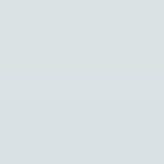 Shavon is the principal of The SJS Law Firm, PLLC where she counsels business owners on a variety of legal issues including entity selection and formation, employment matters - including wage and hour issues, intellectual property, compliance, contracts, and resolution of disputes. Shavon frequently speaks on business topics such as business and legal planning and regularly volunteers with various organizations to provide pro bono assistance to community entrepreneurs. She is a graduate of Howard University School of Law.

The State of Herstory: Hillary Clinton Makes Herstory and Stands on the Shoulders of Women of Color